WSR may earn a percentage of the product sale from companies through the links. 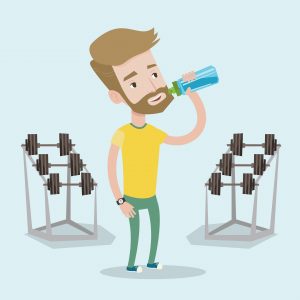 In 1972, the United States Environmental Protection Agency (EPA) passed a series of decrees known as the Clean Water Act (CWA). This act aimed to create a standardized system of regulating the number of harmful contaminants in the drinking supplies of Public Water Systems and Community Water Systems.

Now, the EPA requires that all national water systems adhere to a set of drinking water regulations. These rules help to protect the public from contracting water-borne viruses and developing major health issues.

"The CWA also banned anyone from pouring chemical contaminants into a public water supply unless they had a license. "

Overview of the EPA’s Rules on Drinking Water

The EPA has set several stringent rules that have three primary purposes: to establish maximum legal levels of harmful contaminants in drinking water, to run a system that involves regular and extensive checks of water quality, and to put in place a set of steps that each standard water system must follow.

The EPA’s rules set legal limits for several major forms of microbial and microorganism contaminants that you might find in drinking water. These include Legionella, total coliforms like E. coli, Cryptosporidium, and Giardia Lamblia.

Five specific rules help prevent these harmful microorganisms from appearing in drinking water. The first one is the Aircraft Drinking Water Rule, which ensures that any drinking water onboard a passenger aircraft is free from destructive pathogens and microbes. The EPA enforces this rule in conjunction with the FDA by monitoring the water supply lines that feed airports and airplanes. The FAA keeps track of each airport’s potable water scheme.

The next two decrees are the Surface Water and Ground Water Rules. The Surface Water Rule means that all Public Water Systems (PWSs) that take water from streams, rivers, and other surface-based sources. It demands that all these PWSs use filtration systems to remove harmful microorganisms from the water supply.

The Ground Water Rule protects against potential fecal contamination by ensuring that PWSs with groundwater sources work to remove all pathogenic particles from their water supplies.

The Stage 1 and Stage 2 Disinfectants and Disinfection Byproducts Rules require that any community-based water system that adds disinfectant to its supply removes the harmful byproducts of any resulting chemical reaction to the water.

Finally, the Total Coliform Rule asserts that all stationary PWSs treat their supply for destructive bacteria and monitor the level of E. coli and other fecal or total coliform in the water. These levels can indicate whether there are toxic pathogens in the rest of the system. 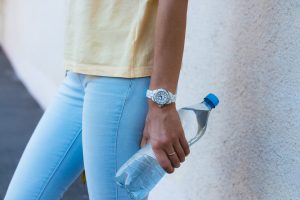 Many of the most serious contaminants in the water supply are chemical-based, from chlorine and arsenic to glyphosate and toxaphene. Fortunately, the EPA has set five specific rules that keep any chemicals in drinking water at safe levels.

The Radionuclides Rule requires community-based water systems to track the levels of radionuclides in their water supplies closely and effectively. If radionuclide levels rise above 5 pCi/L for radium-226 and -228, 15 pCi/L for alpha particles, 4 mrem/year for beta particles, and 30 µg/L for uranium, the drinking water from the supply is deemed unsafe.

The Lead and Copper Rule decrees that if a stationary water supply contains more than 15 ppb of lead or over 1.3 ppm of copper across 10% of surveyed faucets, the system must take appropriate steps to regulate and decrease these levels. These steps might include strengthening the supply’s filtration media, educating individuals about cleaning their household supply, and removing corroded supply lines from the system network.

"This collection of regulations states that if a water supply contains an inorganic or organic chemical contaminant, this contaminant level must either equal or be less than the defined Maximum Contaminant Level Goal (MCLG) for that chemical. "

If the EPA grants a water system a variance, this either means the system hasn’t got access to a healthier, cleaner water source, or the system can’t afford to take the measures necessary to sanitize its water supply properly. In both cases, the systems can provide water that exceeds the recommended limits of contaminants. 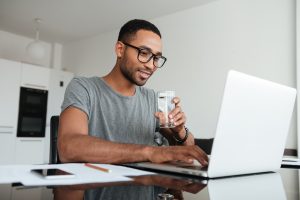 The EPA dictates that every community water system in the United States must provide an accurate Consumer Confidence Report (CCR) to its customers regularly.

This report contains vital information about contaminant levels, any relevant violations of the MCLGs, and an overall assessment of the water’s quality. The EPA requires that each CCR includes an objective statement on the dangers of lead, information about how each customer can get involved in supply-based decisions, and a separate section on Cryptosporidium. 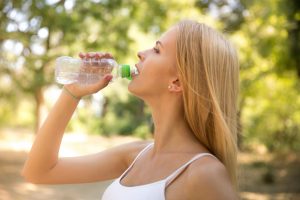 This rule is a key component of the EPA’s guidelines when it comes to safe drinking water. It’s in place to ensure the public remains fully informed and updated regarding their drinking water supply’s overall quality and safety.

The rule also requires that the water system alerts its consumers whenever it doesn’t test the supply correctly or if the EPA has granted a variance. The water system must notify the public as quickly as possible, and the warning must be clear and concise.

If you drink water that contains high levels of microbial or chemical contaminants, you risk developing severe health issues, from kidney damage and cancer to gastrointestinal problems, anemia, and chronic dermatitis. The EPA regulations on drinking water are in place to protect consumers all across the country from contracting these illnesses and diseases.

Quick Navigation
Overview of the EPA’s Rules on Drinking Water
1. On Microbial Contaminants
2. On Chemical Contaminants
3. On Consumer Confidence Reports
4. On Public Notification Rule
The Takeaway

George Simms is a Salt Lake City based plumber and contractor, with a focus on aiding homes and businesses (particularly farm) solve problems with hard and contaminated water. Walter is here to share his wealth of job experience and a knowledge of both modern and antique plumbing.